In the spring of 2021, construction will start on the Harrison Avenue Reconstruction Project.  This effort will reconstruct Harrison Avenue between Summer Street and Main Street with a new concrete roadway.  The reconstruction effort for this project will not be limited to just Harrison Avenue; during the project, we will also be installing a detention basin east of James Madison School to help control stormwater flows. New stormwater lines will be installed on portions of 8th Street and Dunham Street to convey stormwater flows to the basin.  Upon installation of the stormwater lines, both streets will be replaced with new concrete roads.   We expect construction for this project to occur throughout 2021 and possibly into the spring of 2022 to reconstruct the Harrison and Summer Street intersection.

Due to the size of the project, it has been broken down into 4 phases to limit the amount of disruption to surrounding neighborhoods, see the images below for more detail. 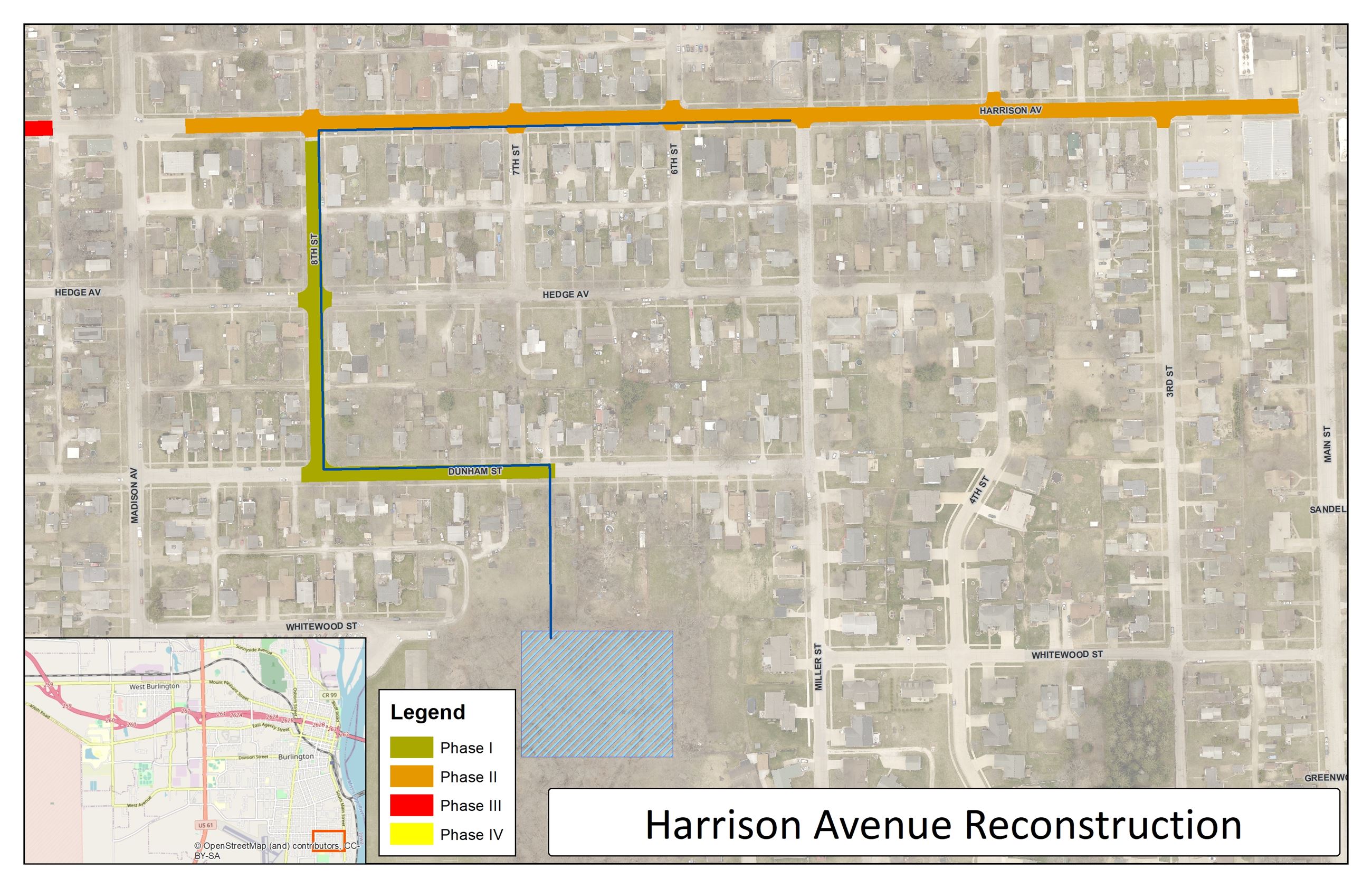 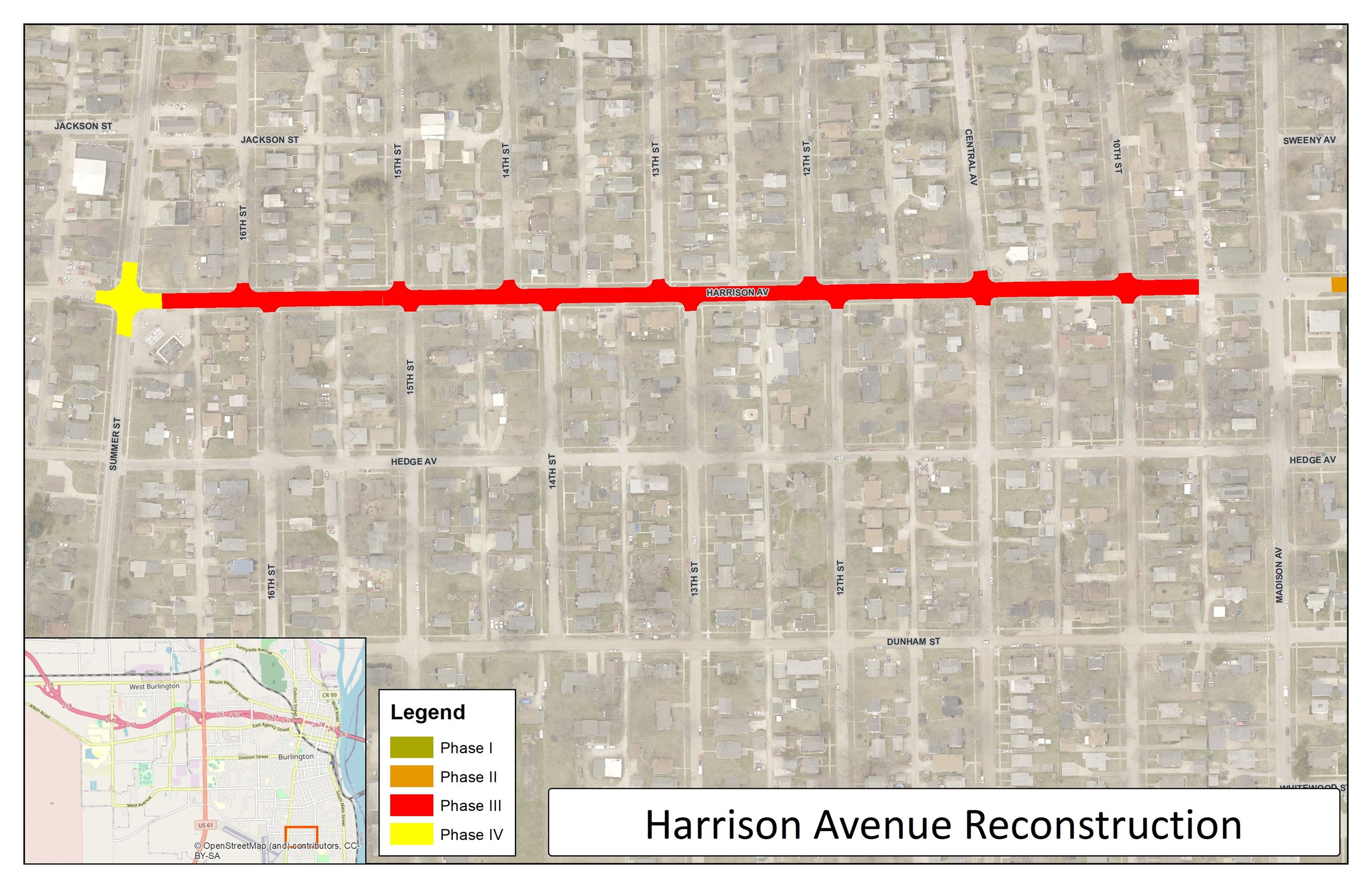 All roadways that are being replaced on the above phasing plan will be replaced with concrete streets. Road widths on Dunham Street and Harrison Avenue will remain unchanged.  8th street will be narrowed slightly to 26’ in width, as it is a low-traffic residential street.  All sidewalks crossing the streets being replaced will be brought up to the most current Americans with Disabilities Act (ADA) guidelines.

This project will separate the combined sewer system on the east end of the project (between Madison Avenue and Main Street) by installing new storm sewer lines.  These storm sewer lines will convey storm sewer flows south along 8th street to a newly installed detention basin east of James Madison School.   The new stormwater lines are sized appropriately to allow for the future separation of approximately 32 acres in the surrounding area (see image below).  These areas will be separated in the future, as roadway improvements take place in the area.  In addition to sewer separation, the project will replace any existing brick stormwater intakes in the project area. 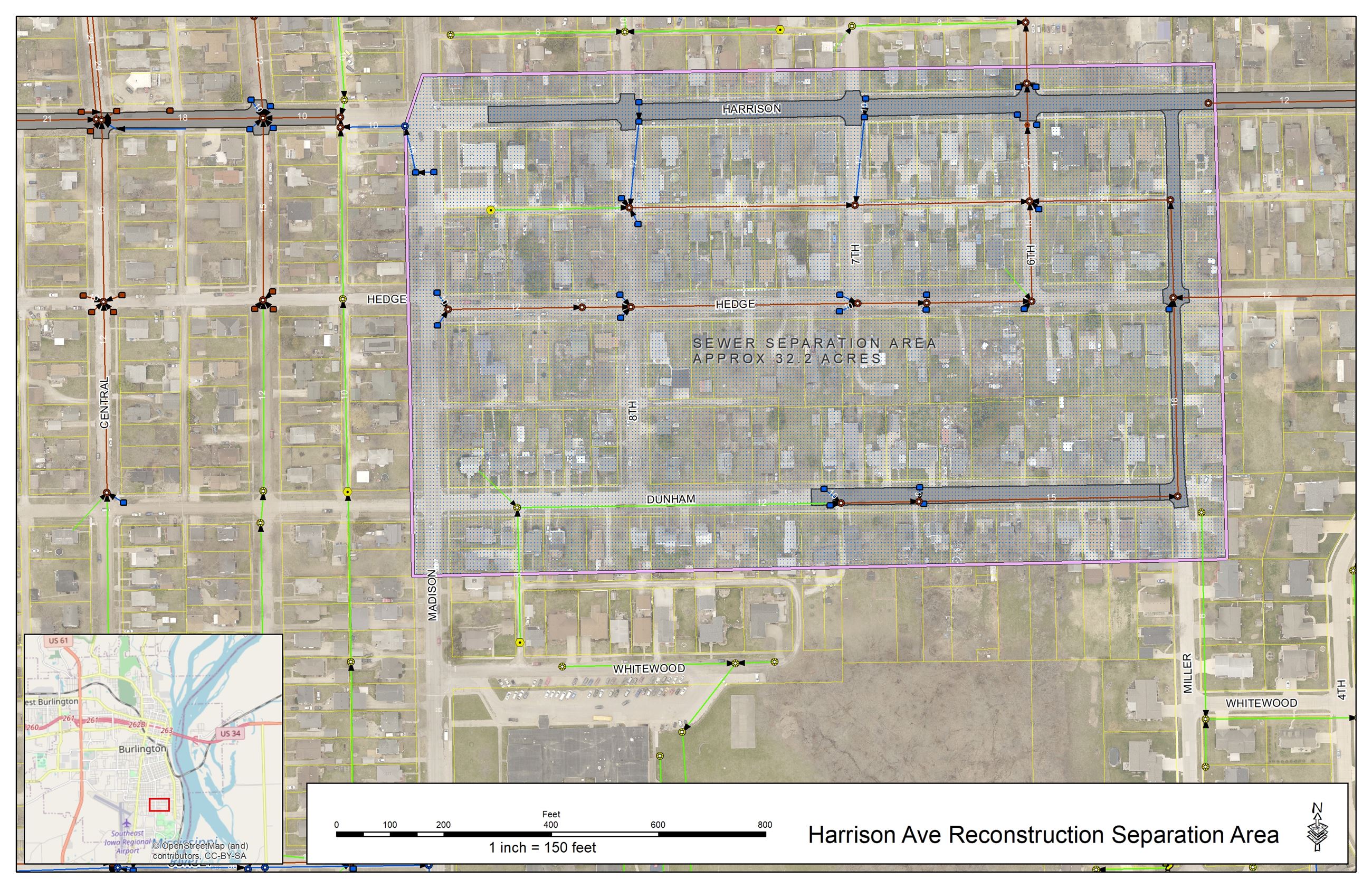